Fads come and go. But as far back as 2015 when Starbucks introduced cold brew coffee to their menu, this style coffee has grown in popularity. If one looks at the coffee trends you won’t be faulted for wondering why is cold brew coffee popular. After all, isn’t the conventional hot cup of coffee the correct way to drink coffee brew?

The statistics are showing the cold brew coffee trend is not over yet. If anything, it’s growing as more young people choose to drink it.

Based on our research these are the main reasons why cold brew coffee is so popular:

Let’s explore this trend some more and discover the details why it’s the popular drink among the millennials and the Generation Z crowd. 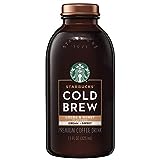 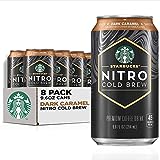 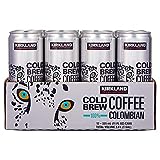 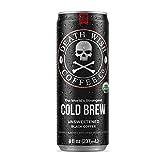 What the Cold Brew Coffee Trends Tell Us

It became one of the most favorite cold beverages in America. It didn’t take long before suppliers were stocking cold brew coffee in supermarkets and other stores such as Dunkin’ Donuts.

Fast forward a few years to 2019 and we have The National Coffee Association reporting cold brew coffee continues to grow in popularity. Not only do nine out of ten Americans in the 18+ age group know about cold brew coffee but one-third are drinking it. Cold brew coffee has also been adapted to diet styles – like this cold brew by Bulletproof we recommend to try.

With RTD coffee drinks growing exponentially, reports in 2020 are talking about the cold brew trend still coming out in full force. And it’s no longer a drink for a specific niche of coffee drinkers. Cold brew coffee has gone mainstream in a big way and has become a trendy coffee drink.

But who’s the market driving this beverage? Cold Brew Coffee: The Drink for Millennials and Generation Z

A product is only as good as its market! So, who’s driving the craze for cold brew coffee? And why? It appears the younger generation prefers their coffee brew cold. This is compared to the older generation who’ll still choose a hot cup of coffee.

If one looks at any new craze it’s often the younger group of people who’ll get it started. When the millennials became aware of the cold brew coffee on the Starbucks menu they literally went crazy! Very soon afterwards, the Generation Z followed them.

From 2015 to today, in 2020, the millennials and Generation Z crowd continue to drive the cold brew coffee market. And while it’s no longer a craze (how can it be after five years?), it’s one of the most popular cold drink beverages on the market.

A student carried out her Honors College Theses doing an exploratory study of generational coffee preferences. Her theory supports the older generation preferring hot coffee to the younger generation being open to exploring cold brew coffee.

So, we have enough evidence and research to prove cold brew coffee is popular especially with the younger millennials and Generation Z group. But it begs the question, ‘Why is cold brew coffee so popular?”. What Makes Cold Brew Coffee the Beverage to Drink?

Initially, the opinion was that cold brew coffee was an excellent beverage for those hot summer days. It took off because it gave an alternative to the sodas and other cold drinks available on the market. And, as with every fad, it was something new and chic to drink. But we know now it’s not a fad anymore and people are still drinking this style of coffee.

Let’s figure out why cold brew coffee is on the upward trend rather than fading out into the sunset!

The millennials are big on being health-conscious and this approach to a healthier lifestyle is being embraced by the Generation Z group as well. While the older Generation X downed sodas without any concerns for the high sugar content, the younger generations have become more savvy about sugar. They’re opting for healthier drinks with low or no sugar content. Enter cold brew coffee and you’ve got a winner!

2. It Offers Something Different to the Traditional

Every new generation of people bring in a new trend. It’s almost a typical behavior expected of the human being. They’re always looking for something innovative, something exciting and different to the traditional. And it’s no different in the world of coffee!

Once again, we’ve the millennials to thank for getting excited about cold brew coffee, the nitro cold brew ,the more exotic Kyoto style coffee or Japanese Iced Coffee. The appeal of this style coffee meant a diversion from the typical way of brewing coffee the hot way. It meant a fancier alternative and the kind of change younger people love to embrace. 3. It’s Conveniet as a RTD Drink

Life is all about convenience and RTD drinks are perfect for those “grab and go” times. With life being fast paced, little time can be spent waiting for a cup of coffee to brew. Cold brew coffee is one of those drinks which can be grabbed from the fridge or purchased on the run at the supermarket. And it can be enjoyed just as much as the traditional hot cup of coffee.

For some reason, people question the caffeine content of coffee that has been cold brewed. Some will tell you it’s way higher than the conventional hot brew. Others will tell you it has no caffeine at all! Well, let’s settle the debate here and now. Cold brew coffee has a good dose of caffeine in it so if you need a good kick-start to the day or a pick-me-up midafternoon, you’ll get it when drinking this brew.

5. It Contains Lower Levels of Acidity

Coffee aficionadas will talk a lot about the acidity of coffee. Acidity levels are higher in hot coffee and contributes to the flavors and taste of your coffee brew. However, high levels of acidity can impact your health especially if you battle with acid reflux and other gastrointestinal issues. The bonus with cold brew coffee is it has lower levels of acidity. This results in different flavors but also means it’s gentler on the stomach.

6. It’s Smoother and Sweeter on the Tongue

Cold brew coffee has a smoother finish which appeals to a lot of its fans. Plus, it’s a sweeter brew to the conventional hot cup of coffee – even if you cool it up with ice. The brewing process results in different compounds being extracted when the coffee beans sit in cold water for anything between 12 to 24 hours. As a result, you’re left with a brew that’s smoother, sweeter and less acidic without the bitterness.

Many people avoid coffee altogether because of its stronger taste.  But on discovering the cold brew style of coffee they’ll find more palatability when sipping on the intense flavors typical of this brew.

Speak to any millennial who drinks cold brew coffee, and they’ll tell you the love the experience it creates. A well-crafted cold brew coffee is appreciated for the skill and time it takes to make. It’s also an expensive coffee so it’s considered a luxury drink by many. But this doesn’t stop it from being a popular drink. If anything, the fact it costs so much and is crafted to perfection, coffee drinkers will tell you it can only enhance the experience of drinking something so trendy.

Foodies see no problem with spending a lot of money on good food that’s been prepared with love, time and skill. Why should it be any different with coffee?

8. It Gives You a Sense of Wellbeing

While we’ve cleared the fact it’s healthier than sodas because of its zero sugar content, cold brew coffee has other health benefits. Its full of antioxidants for starters which has amazing anti-inflammatory properties. It also has anti-aging properties, so you’ll not only feel younger but look younger too!

What’s more it’s a great mood booster, it speeds up your metabolism and may even burn away those pesky fat layers in your body.

Coffee, in general, is a popular drink. With innovation, cold brew coffee has taken off and remains a beverage enjoyed by many coffee lovers. With more people loving the experience associated with anything trendy, this style coffee is number one for creating such experiences. It’s convenient, it’s healthier and it’s full of awesome flavors.

Industry-related research has been keeping an eye on the trend and reports prove it’s continuing to be a popular drink. With more younger people buying into cold brew coffee whenever they’re out and about, this coffee drink isn’t going to disappear overnight. In fact, older members of the Generation X are also turning to this alternative to hot coffee. What more proof do you and I need to believe cold brew coffee is here to stay?